History of Our Agency

(On January 1, 2017, GICV officially changed its name to “Goodwill of the Southern Alleghenies.”)

Open a PDF version of this timeline. 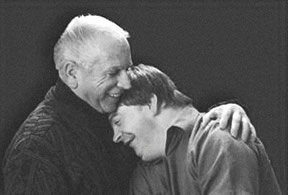 In the Fall of 1960, a select group of concerned citizens in Johnstown, Pennsylvania banded together because of their common interest and concern for individuals with disabilities and the lack of opportunities available to them for good-paying jobs. Many of these citizens had links to Johnstown’s Franklin Street United Methodist Church. This led to their interest in Goodwill Industries, founded in 1902 by Methodist minister, Reverend Edgar J. Helms, who pioneered the organization that gave people hope, dignity, and independence. The citizens group later formed an agency, naming it Goodwill Industries of the Conemaugh Valley and incorporating it on December 6, 1962.

GICV purchases its first building at 944 Ash Street in the Hornerstown section of Johnstown for $20,000, thanks to a matching-funds loan from member of Board of Incorporators and first Board of Directors, Paul Dech.

GICV is awarded its first Federal grant with a 25% match and begins creating a formal plan of service.

Representatives from Goodwill Industries of America (GIA), Inc. and the Goodwill mascot come to Johnstown for parade to introduce GICV to the community.

Bethlehem Steel Corporation awards GICV one of its first contracts for persons with disabilities to repair safety glasses, respirators, and steel helmets.

GICV expands work opportunities for individuals with severe disabilities through contracts by Pennsylvania Industries for the Blind and Handicapped (PIBH) for sewing and for staffing at the PA Drivers License Center, Cambria County.

GICV centralizes processing of donated goods for distribution to its Goodwill Retail Stores and Donations Centers, providing prevocational job training for individuals with disabilities at the Work Activities Center.

National Industries for the Severely Handicapped (NISH) awards contract to GICV for custodial services at Army Reserve Center in the Upper Yoder section of Johnstown.

GICV opens Altoona Goodwill Retail Store and Donations Center in 1995 at 207 Park Hills Plaza (West Plank Road). (Only currently operated stores as of this 2012 publication are included in timeline.)

GICV purchases Donations Processing Plant and an adjacent house on Oak Street in Hornerstown section of Johnstown for administrative staff.

Phyllis J. Bandstra joins GICV in 1995 as Director of Employment and Training.

GICV decentralizes donations processing from a single location and incorporates this job training into many of its larger Goodwill Retail Stores and Donations Centers.

GICV is awarded from SAWIB, Workforce Investment Act (WIA)Title I services for Adults, Dislocated Workers, and Youth in Cambria, Blair, and Bedford Counties.

GICV expands its service population to include Youth with Disabilities through partnership with Intermediate Unit 8 to provide School-to-Work Transition services in its Goodwill Retail Stores and Donations Centers.

GICV purchases the CT Evans Building at 540 Central Avenue in Moxham section of Johnstown for administrative and workforce development staff.

GICV is awarded funding by U.S. Department of Labor to begin operating YouthBuild® Johnstown, a program that enables at-risk youth to earn their GED certificates and earn wages as they rehabilitate or build low-income housing.

In partnership with Administrative Office of Juvenile Court Cambria County, GICV begins its Learn to Work℠ program and later expands to include referrals from Children and Youth Services and area school districts.

GICV moves its Indiana Goodwill Retail Store and Donations Center from the Martin’s Plaza in 2006 to its current location at 1470 Oakland Avenue.

GICV moves its Blairsville Goodwill Retail Store and Donations Center from 30 W. Market Street in 2006 to its current location at 164 E. Market Street.

GICV is awarded funding by PA Department of Public Welfare to operate Working Wardrobe Program (later renamed PA WORKWEAR) to provide individuals who are unemployed with proper attire for interviews, job training, and their first days on the new job.

GICV begins State-Licensed Peer Support Services for individuals with serious mental illness, provided one-on-one in the community by State-Certified Peer Specialists who have personal experience with mental illness and first-hand knowledge of the recovery process.

GICV is awarded funding by the U.S. Department of Justice through GII and kicks-off its Goodwill GoodGuides® Youth Mentoring Program that matches caring adult and peer volunteers with youth ages 12+, creating a support system for youth to succeed in school and beyond.

The Capitol Connection of The George Mason University Instructional Foundation, with reporter Howard Ondick, visits Johnstown to film segment on GICV’s YouthBuild Johnstown Program as participants rehabilitate a home in the Kernville section of Johnstown that is owned by the Cambria County Redevelopment Authority, a YouthBuild partner. Program receives extension through the American Recovery and Reinvestment Act stimulus funding.

GICV becomes the first and only organization in Cambria County to employ Certified Wellness Recovery Action Plan® (WRAP®) Facilitators, and only the second organization in PA whose entire psychiatric rehabilitation and peer support staff (14 employees) consist of Certified WRAP Facilitators. Certification is through The Copeland Center for Wellness and Recovery and is made possible by a grant from Lee Initiatives, Inc.

GICV introduces Goodwill Fresh™ corporate fruit baskets for businesses in Cambria County, providing meaningful work for individuals with barriers to employment as they assemble and package each basket.

GoodGuides volunteer mentor, Steve Purich of Johnstown is named the Elsine Katz Volunteer Leader of the Year by Goodwill Industries International for his community volunteerism and leadership after nomination by GICV.

Phyllis J. Bandstra, GICV’s President & CEO is appointed by Goodwill Industries International (GII), Inc. as first-term, three-year member to its Board of Directors, composed of independent Goodwill agency CEOs and lay board members. Includes an appointment to GII’s Conference of Executives’ Executive Council and its Leadership Development Committee, and Board Membership Standards Committee.

On December 6, 2012, GICV turns 50 and holds a “50 Years of Good” community celebration at the University of Pittsburgh at Johnstown (UPJ). 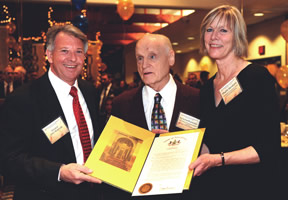 On December 6, 2012, Senator John Wozniak presents a Pennsylvania Senate Citation Commemorating 50 Years of Service to Ed Schellhammer, member of GICV’s 1962 Board of Incorporators and first Board of Directors, and to Phyllis J. Bandstra, GICV’s President & CEO during GICV’s “50 Years of Good” celebration at UPJ.

On January 1, 2017, GICV officially changes its name to “Goodwill of the Southern Alleghenies.” This change more accurately reflects the counties that the agency services, which are Bedford, Blair, Cambria, Huntingdon, Indiana, Somerset, and a portion of Westmoreland. The new name is updated with a new logo and a new website address of www.GoGoodwill.org.