Bandstra Appointed to Goodwill Industries International’s Board of Directors 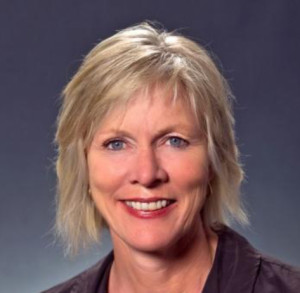 JOHNSTOWN, PA, June 28, 2012—Phyllis J. Bandstra, President & CEO of Goodwill of the Southern Alleghenies has been appointed by Goodwill Industries International (GII) of Rockville, Maryland as a first-term three-year member of its Board of Directors, composed of independent Goodwill agency CEO’s and lay board members. As a result of this appointment, she will serve on the Conference of Executives’ Executive Council and the GII Board Membership Standards Committee. Bandstra was sworn in with fellow members at GII’s annual Delegate Assembly in Miami, Florida on June 24.

GII’s Conference of Executives operates in a consultative capacity with GII’s Board of Directors and employees and strives to develop and strengthen leadership, promote excellence, and foster unity among Goodwill executives worldwide. Members of the Executive Council are nominated by committee and voted in by their peers based on their performance as CEOs with their respective independent Goodwill agencies.

Bandstra has served as Goodwill’s President and CEO since 1998. She joined the agency in 1996 as Director of Employment and Training Services. Some key highlights of the agency during Bandstra’s tenure include an increase in the number or individuals served from 125 to 29,830; the opening and/or relocation of Goodwill retail stores from 3 to 10; and the expansion of job training services from solely individuals with disabilities to include dislocated workers, youth, ex-offenders, veterans, and individuals in other disadvantaging circumstances.

Bandstra serves on the boards of many nonprofit agencies, holds leadership roles in both community and professional capacities; and is a recognized advocate for people with barriers to employment.